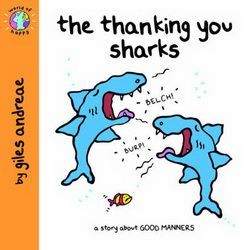 Sanna (Victoria Vetri), a beautiful blonde woman, is condemned to death when she is blamed for a sudden aberration of the sun. Fortunately, the girl is rescued by fisherman Tara (Robin Hawdon), a member of the nearby Sand Tribe, but Sanna's presence infuriates Tara's girlfriend Ayak (Imogen Hassall). While others run from the carnivorous dinosaurs, Tara trains one of the beasts who believes she is one of her offspring. A typhoon leaves four survivors to fight for survival in this prehistorically inaccurate science fiction story. ½ The third film by Hammer revolving around cavemen and women and occasionally dinosaurs. Before this was the first and most well known film with Harryhausen effects.'

One Million Years BC', then came the sordid sounding 'Slave Girls'. I'm not overly sure why they made this film as its pretty much the same spiel as their first and best film 'One Million Years'. The plot is almost the same really, there is one tribe of caveblokes that are a bit sacrifice happy with their blondes and one tribe that are a bit more normal and haven't seen blonde haired women much it seems (yep blondes are a rare breed in these films). A sexy big breasted blonde escapes the nasty tribe and is found by the good tribe, there she falls in love with a cavebloke which upsets his other cavegirlfriend. The blonde is hounded and chased off but pursued by the nice cavebloke who loves her.

All the while the bad cave tribe are also looking for the escaped blonde for some reason, all this leads to much death at the hands of dino's and a big tidal finale.for some reason. That is the plot but like the other films in this series its kinda tricky to follow it as everyone speaks in genuine caveman grunts. Yep its that approach again which Hammer really seemed to like back then, lots of scantily clad women with big breasts and a nonsensical dialog of grunts. Well actually the primitive language is suppose to be made up of genuine ancient dialect's of Phoenician, Latin, and Sanskrit sources, so I guess its quite clever really. Problem is all we ever seem to hear is 'akita' 'yo kita' and 'neecro', I swear if I hear one more damn caveman/women say 'akita' I will flip!! For me this film is all about the dinosaurs, the plot is too similar, the acting is terrible and the dialog is annoying, only the big breasted cavewomen make it worth while. But the stop motion dinosaurs are awesomely done and actually look really good.